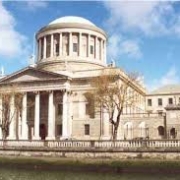 The Court of Appeal have delivered another important judgement relating to the Minister’s assessement of “good character” for the purposes of applications for naturalisation in the case of MNN v Minister for Justice and Equality [2020] IECA 187.

Along with the recent judgement of Talla v Minister for Justice and Equality [2020] IECA 135 this judgement is an important ruling with respect to the Minister’s obligations when conducting assessments of “good character” and could see a shift in the way in which applications for naturalisation are to be considered by the Minister.

The applicant in this case applied for naturalisation in October 2013 and received a refusal of his application based on good character grounds.

The applicant declared in his application that he had two convictions for road traffic matters, which occurred in December 2012, namely failure to display road tax and failure to display insurance disc. The applicant had only become aware of these matters in 2013 as the fixed penalty notices and summons had been sent to his former address with his spouse, which he never received.

In early 2016, the Minister sought further information from the applicant in relation to an incident in which he was described in the report as a “witness”, where Section 12 of the Child Care Act had been invoked following a domestic altercation.

Some four and half years after applying for naturalisation, the applicant’s application was refused in February 2018. The Court examined in detail the “submission” upon which the decision to refuse was based. The Court noted that it was unclear if the decision maker had access to all the relevant information and context, including the applicant’s detailed representations in relation to the incidents.

The Court highlighted that the Minister’s absolute discretion in determining applications for naturalisation does not “relieve the Minister of the obligation to operate within the rule of law”.

The Court goes on to outline a set of principles to be applied in assessing good character and notes that even though naturalisation is a privilege, applicants do not enjoy “inferior legal protection”. Good character is to be assessed “against reasonable standards of civic responsibility” and the connection between character and criminality can only be established when the Minister has all information including “context and mitigating factors”. The Minister must undertake a comprehensive assessment of the person and “all aspects of character”, and “Whether the appellant is a model citizen plays no part in what the Minister has to determine…”.

The Court set out the test for assessing applicants who may have a criminal offence in their past:

The Court reiterates that the Minister is entitled to take into consideration “allegations” or matters that do not result in criminal proceedings, however they should be taken into assessment with “all relevant information”.

The Minster in this case was found to have considered the “alleged incidents” as more than alleged.

The Court emphasised that where the Minister relies on traffic offences to determine that the appellant is not of good character, he must have an understanding of the nature of the offences. Also, the understanding that leads the Minister to conclude that the applicant is not of good character must be stated in reasons that can be understood by the Applicant.

The Court was not satisfied that the Minister had before him all the relevant information to enable him to form a reasonable view as to whether the appellant was of good character. The Court emphasised that there was nothing on the face of the decision to suggest the entire file, including the applicant’s submissions regarding the incidents, were considered by the decision maker.

The decision was therefore held to be unlawful as it was not evident that the Minister had considered the applicant’s submissions in reaching the conclusion that the applicant was not of good character.

The decision making process in itself, was found by the Court to be in breach of natural and constitutional justice.

This is a very significant judgement from the Court of Appeal, because it raises questions regarding the legality of many decisions of the Minister in refusing naturalisation on good character grounds.

If you have been refused naturalisation on the grounds of good character please contact the office to discuss your case with us.