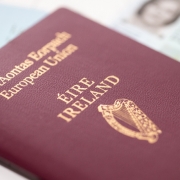 The Court of Appeal have delivered their much-awaited judgement today in the case of Jones v Minister for Justice and Equality.

The High Court held that an absence of even one day breaks the applicant’s requirements to have one year “continuous residence” in the year immediately prior to the application.

In dealing with the High Court’s finding the Court of Appeal held that this was not a correct interpretation of Section 15 of the Irish Nationality and Citizenship Act 1956 (as amended).

The Court of Appeal held as follows:

The High Court judge erred in law in interpretation of the term “continuous residence” provided by Section 15(1)(c ) of the 1956 Act. The construction is unworkable, overly literal, unduly rigid and gives rise to an absurdity. “Continuous residence” within the meaning of the sub-section does not require uninterrupted presence in the State throughout the entirety of the relevant year nor does it impose a complete prohibition on extra- territorial travel as the High Court suggests.”

The Court found that a person who took a trip to Newry for a number of hours would be ineligible to apply for naturalisation and found that this amounted to an “interpretive” absurdity.

The Court went on to consider the lawfulness of the Minister’s policy with regards to the impact of absences of over six weeks in the year prior to application.

The Court held that the legislative intention of Section 15(1)(c ) was to place a higher degree of importance on physical residence in the State in the year prior to application than in the previous years of reckonable residence. The Court found that there is a difference between “residence” /“ordinary residence” and “continuous residence”.

The Court found that the Minister communicated in the decision under challenge in this case, “a clearly communicated practice or policy of allowing applicants six weeks absence from the state for work, or other reasons, and more in exceptional circumstances”.

The Court then went on to consider if this policy or practice was unduly harsh or if in the alternative it alleviated the protentional of a literal interpretation of Section 15(1)(c)’s requirement for “continuous residence”.

“The Minister has not adopted a rigid or inflexible policy in construing compliance with the first part of Section 15(1)(c). It is apparent that the objective of the Minister is to adopt a purposive, reasonable and pragmatic approach to the operation of that part of the sub-section”.

The Court further held that the operation of the minister’s “six-week policy” was for the benefit of applicants, in the interests of good administration and for consistency in decision making.

On the basis of the above the Court held that the appellant did not have a year’s “continuous residence “in the State in the year immediately prior to application and was therefore the decision to refuse his application for naturalisation on this basis was not unlawful.

The Court’s judgement is to be welcomed as it has clarified what is required of an applicant to meet the “continuous residence requirement” in the year prior to application.

However, it is unfortunate for applicants, who were not in fact made aware of the Minister’s policy and practice in advance of making their applications.

To date there remains no published policy on the six-week rule or its operation.

We would submit that that policy should be freely accessible and easy to understand. There is no outline of what constitutes “exceptional circumstances”. There remains no guidance regarding absences from work, whether all are permitted or a certain portion.

It is arguable if a period of six weeks absence is in line with the reality for a lot of persons working in Ireland who are required to travel extensively for work. By way of comparison absences of 90 days are permitted by statute in the United Kingdom.

It remains to be seen if the Minister will continue to enact much needed legislation in this area.