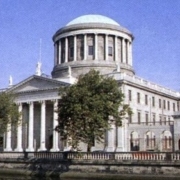 On the 8th January 2021, the Court of Appeal delivered Judgment in the matter of Shishu & Anor -v- Minister for Justice and Equality.

The decision of Mr Justice Barrett of the High Court was upheld, in finding against the Minister (the Appellant) in her determination of Mr Shishu’s (the Respondent) application for his brother’s residence in the State on the basis of dependency and membership of an EU citizen’s household, where the EU citizen is validly exercising EU Treaty Rights in the State. The facts of the case are noted below.

Mr Shishu, a Bangladeshi national, became naturalized as a UK citizen in 2009. Mr Shishu’s brother, Mr Miah, also a Bangladeshi national, travelled to the UK in 2013 on a visitor visa. While residing in Bangladesh, prior to traveling to the UK, Mr Miah was financially supported by Mr Shishu.  From 2013 to 2016, Mr Miah resided in the UK, with his brother, Mr Shishu and Mr Shishu’s wife. Mr Miah was not permitted to work and was fully supported financially by Mr Shishu.

In 2016 Mr Miah moved to Ireland and was followed shortly thereafter by Mr Shishu, where they resided together. Mr Shishu continued to financially support Mr Miah in Ireland. In June 2016, an  application for an EU residence card was made by Mr Miah on the basis that he was dependent on Mr Shishu. The application was rejected at first instance, and a subsequent appeal was also rejected on the grounds that Mr Miah failed to provide satisfactory evidence of his dependence on his EU citizen brother. The Minister determined that Mr Miah neither proved dependence on his EU citizen brother, nor that he was a member of the same household of his brother.

Solicitors for the applicants sought to judicially review the decision of the Minister before the High Court, leave to do so was granted. Mr Justice Barrett in his High Court determination looked to the interpretation of the term “household” in S.I. No. 548/2015 – European Communities (Free Movement of Persons) Regulations 2015 (the 2015 Regulations), having regard to German and Greek translations and the European Court of Justice decision in CILFIT v Ministry of Health (Case 238/81). Mr Justice Barrett found that the Minister had acted unreasonably and in breach of fair procedures in her determination that Mr Miah had not provided sufficient evidence of his dependence on his brother, Mr Shishu.

The Court of Appeal affirmed the decision of the High Court to grant certiori, directing that the matter be remitted to the Minister for fresh consideration.

Mr Justice Haughton, in his Judgment noted that weight should have been given to the interpretation of the term “household” in our own official languages of Irish and English and that Mr Justice Barrett had “erred in adopting his ‘looser’ interpretation of ‘member of the household’ without reference to any domestic caselaw from Germany, Spain or Greece, or expert evidence as how their versions of the Citizens Directive are – 91 – interpreted in their domestic law”

Mr Justice Haughton noted “that the decision-makers in the Initial Decision and the Impugned Decision failed to identify or apply the correct test of dependency”. The Judge noted that the process to be followed by the Minister in determining applications for “permitted family members”, under Regulation 5 of the 2015 Regulations, making reference to the Supreme Court analysis in Pervaiz -v- Minister for Justice & Equality & ors  as “not so much two stages but a series of questions with which the Minister must engage” as the correct form of analysis.

Mr Justice Haughton further noted that he did “not accept that in this case the Minister was in breach of fair procedures in failing to adopt procedures which would have enabled Mr. Miah to know what evidence he was required to adduce in order to establish ‘dependency’ or ‘membership of the household’.

Of note, Mr Justice Haughton made reference to the Subhan and Ali v the Minister for Justice and Equality case which has recently been referred to the Court of Justice of the European Union (CJEU) “a fuller definition of ‘members of the household of the Union citizen’, or criteria that should be considered when deciding who is such a member, with application across the EU, must await the outcome of the recent reference by the Supreme Court to the CJEU in Subhan, there are basic elements to the definition that follow from our official English language wording of Article 3(2)(a) that enable me to reach a decision on the facts of this case.”

This decision is a welcome decision providing further clarity in the area of law for practitioners and applicants alike. We await with anticipation the CJEU decision in the Subhan and Ali referral, in which Berkeley Solicitors is representing the applicants.

Should you wish to discuss an application for an EU Residence Card, please contact our office, and we would be happy to arrange a consultation with one of our solicitors.