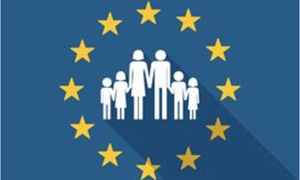 Principal of Berkeley Solicitors, Karen Berkeley, was quoted in The Times on the 6th July 2020 highlighting her concerns regarding the current delays in the processing of EU Treaty Rights applications.

The article referred to the Minister’s recent response to a Parliamentary Question, in which the Minister confirmed as follows:

“There is a significant number of review cases on hand arising from a sustained increase in applications since 2014. Currently, there are 2,283 cases awaiting processing at EU Treaty Rights review stage, of which 1,751 review applications (76%) have been awaiting a decision for over a year, with the oldest cases having been received in May 2017.”

Ms Berkeley indicated her concern regarding these delays which have been creeping up over the last number of years. She stated that the courts have suggested that six months is a reasonable timeframe for the EUTR review applications, and once the timeframe goes beyond six months the Department may potentially be in reach of the EU law.

Ms Berkeley highlighted some clients of her office are waiting up to 18 months for a decision, a clear breach of the EU law. She also confirmed that Berkeley Solicitors are currently taking cases to court for some clients who are experiencing these delays.

Read the Minister’s response to the Parliamentary Question here: