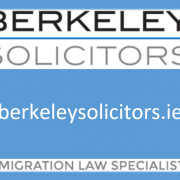 The Minister for Justice and Equality has today announced a further temporary extension of immigration and international protection permissions until the 20th January 2021.

This is the fifth automatic extension of immigration permissions announced and applies to permissions due to expire between 20th September and 20th January 2021, along with those whose permission was previously extended under the four previous notices since the 20th March 2020.

Minister McEntee has said that:

“I am providing certainty to anyone who already holds a valid permission that your legal status in this country is maintained until 20 January 2021.

This gives you the necessary time to make arrangements with the Immigration Service in Dublin or An Garda Síochána outside Dublin to ensure that your registration is renewed in the normal way by that date. You can do so without the additional worry of falling out of permission in the meantime through no fault of your own. I encourage you to do so at the earliest opportunity.”

The notice also clarifies that this is expected to be the final extension of permissions announced.

This is a welcomed announcement which will remove much of the unnecessary worry for those whose residence permissions are expiring during the current Covid 19 crisis.

The full announcement can be read in full here