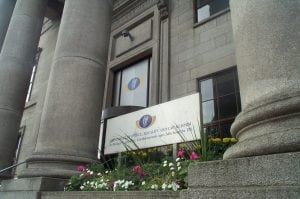 Minister Charlie Flanagan has announced he would implement a key recommendation from the latest report of the effectiveness and renewal group from the Department of Justice. The report of the group said the close relationship between senior department of justice officials and senior Gardaí means there is a sense of them being “in the trenches together”. The group proclaimed an interdependent relationship between the justice minister and political system generally and the Garda Síochána has evolved.

Following the report’s publishing one of the key recommendations that shall be introduced by the aforementioned Minister Charlie Flanagan is of relevance to many of our clients here at Berkeley Solicitors. The recommendation is question involves the internal separation of the department into two divisions, justice and home affairs, and a complete reorganisation of work areas. The report’s findings were contributed to by Michael Kirrane, Director General, Irish Naturalisation Immigration Service.

Home affairs will be responsible for policing, crime, national security, criminal law reform prisons and probation, immigration and international policy. Justice will cover the justice sector, civil law reform, courts, asylum and integration and equality. The newly formed divisions will have their own deputy secretary general, with the department led by a single secretary general.

Immigration law was also referenced in other areas of the report, such recommendations are important to us here at Berkeley Solicitors. The report is initiating the creation of the Irish Naturalisation and Immigration Service and the Irish Prison Service into separate agencies which, in their opinion, is an idea which should be examined. The Irish Naturalisation and Immigration Service (INIS) and the Irish Prison Service are very substantial public-facing services operating largely autonomously, but still as part of the Department.

The report raised the issue of whether the Department should be undertaking the operational aspects of this work. The report concluded to examine whether these operations should be converted into separate agencies, while retaining the policy function relating to them within Home Affairs. The implementation of these steps, along with the other recommendations in the aforementioned report will enable and expedite the Department in achieving the objectives of the Toland Report. The report states that they expect the restructuring steps to take less than nine months in total, with the first three months in preparation.