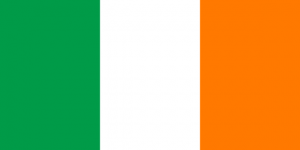 The 2017 review confirms that due to the Ireland’s growing economy and positive international reputation this country is attractive to migrants who wish to work, study or settle here. Our rapidly growing immigration numbers are evidence of this. Visa applications have also increased dramatically and the number of people from non-EU countries legally living here increased by 13,000 between 2016 and 2017.

In 2017, 8,199 people became Irish citizens. The citizenship ceremonies took place the University of Limerick and the Convention Centre in Dublin. Since the citizenship ceremonies began in 2011, over 110,000 people have received their citizenship certificates at the ceremonies. Another topic discussed at the immigration in Ireland annual review was regarding the common travel area. Keeping the common travel area with the UK is one of the key Brexit priorities of Government, and this is reflected in the EU-UK joint report on the progress during Phase 1 of the Brexit negotiations. During the negotiations, it was recognised that Ireland and the UK may continue to make arrangements relating to the movement of people within the CTA and that both countries will fully respect the rights of people under EU law.

At Berkeley Solicitors we support an effective, fair and transparent immigration system.