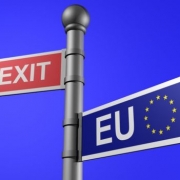 In the face of the uncertainty and worry facing many in light of the ongoing Brexit deliberations, the Department of Justice has, on the 29th of March 2019, published a communication aimed at non-EU/EEA nationals who are residing in the State as the family member of a British citizen, in order to provide an update on the approach they intend to take in the event that the UK leaves the EU in a so called ‘no-deal’ scenario.

The communication defines no-deal as referring to circumstances where there is no further extension of the negotiating period and the UK does not ratify the Withdrawal Agreement before the 12th April 2019, in which case it states there will be no transition period and EU law will cease to apply to and in the UK as of 11pm (midnight CET) on that day.

Alternatively, if a deal is reached, according to the Department’s communication, the provisions of the Withdrawal Agreement on Citizens Rights will apply and EU law will only cease to apply in and to the UK following the transition period of 21 months, up until the 1st of January 2021.

The information note addresses two groups of persons in contemplation of a no-deal Brexit; those with an EU treaty rights application submitted and pending and those holding a valid Stamp 4 EUFam residence card on the 12th of April 2019.

With respect to those who have an application that is still being processed, the information note provides no further information other than to state that such persons are not required to take any action at this time.

For those who are currently holding a valid Stamp 4 EUFam residence card, the information note seeks to reassure that you do not need to worry about losing your right to residence in the State in the case of a no-deal scenario.

It states that, although in a no-deal scenario EU law, in particular the provisions of the European Communities (Free Movement of Persons) Regulations 2015, will no longer apply to you, the Irish government is currently putting in place arrangements to allow a transfer under domestic immigration provisions, which will provide for your continued residence in the State.

It is further stated that the aim of the arrangements being put in place is that you will retain, as far as possible, similar rights to those you have held as the holder of a Stamp 4 EU Fam residence card, including with regard to access to the labour market.

The Department states that they are currently in the process of putting in place a communication strategy that, in the case of a no-deal scenario, will include directly contacting individuals who will be affected by the above.

Further, addressing the matter of UK nationals coming to the State after the 12th of April 2019, if no deal has been made and there is no extension of the negotiating time, the Department provides no information other than to state that they will be issuing further updates on their website in this regard.

The note is also silent in relation to family members of British/UK citizens who have applications for entry visas to the State pending with Irish Embassies/ Visa Offices abroad and the INIS visa office, Dublin. It is unclear as to what the status of such applications will be in the event of a no deal scenario.

If you think you or your family members may be affected by Brexit it is advisable to regularly check the Department’s website, which they state will be updated as developments continue. Berkeley Solicitors will also update the Immigration Blog as further information becomes available.

The full text of the information note can be found here. (http://www.inis.gov.ie/en/INIS/Pages/information-note-on-non-eea-family-member-of-uk-citizens-seeking-eu-treaty-rights )