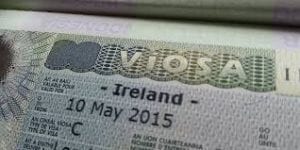 The INIS has launched the new scheme for non-EEA nationals who held a student permission in the State during the period 1 January 2005 and 31 December 2010 to apply for permission to remain.

This scheme applies to non-EEA persons who commenced their presence in the State lawfully under a student permission with a limited right to work and who maintained that lawful presence for at least two years.

The scheme will permit qualifying persons to remain in the State with a right to work for 2 years on Stamp 4S conditions.

After two years, holders of Stamp 4S will be granted a permission to reside in the State for a further year under Stamp 4 conditions.

Family reunification is not permitted under this scheme. However, with regard to family unity, if you qualify under this Scheme the family circumstances of persons already in the State will be taken into consideration.

Applications under the Scheme will be accepted for three months until Sunday 20th January, 2019.

Am I Eligible to apply?

In order to be eligible to apply for Stamp 4S under the new scheme the following eligibility criteria apply:

How to I apply?

The INIS have announced that applications under the Scheme will be accepted for three months until Sunday 20th January, 2019.

All applications 2010 must be submitted online.

You must complete the Special Scheme for students from 01/01/2005 to 31/12/2010 application form and submit it with all the required documentation.

You are required to provide the following documents:

You should provide your documents in good order and all documents should be clearly eligible.

What will happen after I apply?

Can I appeal a refusal of my application?

For full details of the scheme please see the following links on the INIS webpage: