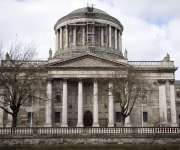 The “A” and “S” cases dealt with the argument put forward by both applicants that s. 56(9) of the International Protections Act 2015 (the 2015 Act), is contrary to the Constitution of Ireland, and incompatible with the European Convention on Human Rights (ECHR). This Section of the 2015 Act states that a person who is granted Protection in the State (the sponsor), may only make an application for Family Reunification (FRU) for a spouse to join them in the State, in circumstances where their marriage was already in existence, on the date the sponsor made his/her/their application for protection in the State.

The applicant in the “S” case, Mr S, is an Afghan national, who arrived in the State in 27 July 2015, under the Refugee Act 1996. Mr S’s application was granted at first instance, under The Refugee Act 1996. Mr S married the second applicant, in April 2017, and submitted an application for family reunification for his wife to enter and reside in the State, in April 2017. The visa application and subsequent visa appeal were both refused on the basis that Mr S and his wife Mrs S were not married prior to Mr S’s application for protection.

Both the “A” and “S” cases were dealt with together as the legal issues being appealed in each case were similar in nature. The “A” case involved a FRU application made on behalf of an Iraqi Kurd who was granted protection status in the State in December 2016, Mr A subsequently married his now wife. An application for family reunification was refused, as was the subsequent appeal on the basis of the marriage not subsisting prior to Mr A’s application for Refugee status.

The “I” case dealt with whether s 56(8) of the 2015 Act is contrary to the Constitution and incompatible with the ECHR. This section of the Act requires that where an individual has been granted International Protection, they must apply for FRU with a family member within 12 months of their application being successful, with no exceptions.

The applicant in the “I” case is a Nigerian national who was abandoned in Ireland in 2011, at the age of 10. Ms I. was under a care order in the State from June 2012, and was granted Refugee status by Ministerial declaration in September 2014. The applicant reconnected with her mother and sister in 2018, subsequent family reunification applications for both mother and sister were made and refused, as were the following appeals. The grounds for refusal being more than 12 months had passed since Ms I was granted Refugee status in the State, when the applications for Family Reunification were made.

In all three matters, the Supreme Court, in a Judgment delivered by Ms Justice Dunne, found in favour of the Minister. In its determination the Court noted that the doors were not closed to those who have been granted international protection, but who are not eligible for family reunification under the 2015 Act, due to either the 12 month time limit for application, or the requirement that the marriage be in being pre- application for protection. The Court noted that the other option available to those who are in such circumstances, can apply under the 2016 Family Reunification Policy document, where the Minister can exercise her discretion to grant family reunification on the basis of humanitarian grounds.

We have assisted clients previously with making an application for Family Reunification on the basis of the 2016 policy document, by appealing to the Ministers discretion on humanitarian grounds. We have been successful in many of our cases. Should you wish to discuss an application for family reunification in any circumstances, please contact our office, and we would be happy to arrange a consultation with one of our solicitors.

The Judgement of Mr Justice Charleton can be found here.

THE IRISH TIMES REPORTS ON THE SUPREME COURT REFERENCE TO THE COURT OF JUSTICE...
Scroll to top