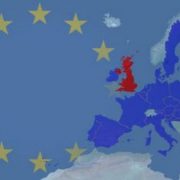 British and EU citizens and their non-EEA Family members understandably have a lot of questions and concerns regarding their status, rights of residence and ongoing rights following Britain’s Departure from the EU.

Highly published negotiations are ongoing between the EU and Britain in order to agree the terms and conditions of Britain’s ultimate departure from the EU.

The Department of Foreign Affairs has placed a section on its webpage specifically dedicated to Brexit and Ireland’s position with regards to same.

A note on same currently outlines that, in principle, certain elements of the draft Withdrawal Agreement have been agreed by the EU and UK negotiating teams.

Of particular note is the agreement in principle that EU law will continue to apply to the UK after it leaves the EU on 29th March 2019 up until 31st December 2020.

The draft proposals relating to the protection of EU citizens rights in the UK outlines that EU citizens and their family members will be required to apply for “status” in the UK within two years from the date of withdrawal- up to 29th March 2021. The draft proposals that the UK will apply a system for the grant of “UK status” under the same requirements as Directive 2004/38/EC. In essence if an applicant- EU citizen/ Non-EEA Family member of an EU citizen would have been/is eligible for residence in the UK under the Directive, then UK status will be issued to them. If applicants would not have been eligible/ met the conditions under the Directive then UK Status will be refused- those refused will be entitled to judicial redress if their applications are refused.

Full agreement of course has yet to be reached in terms of the manner of Britain’s exit from the EU and the impact this will have on the rights of EU and British citizens and their family members.