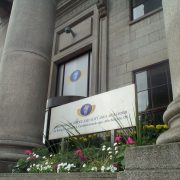 Regulation 20 to Regulation 22 of the European Communities (Free Movement of Persons) Regulations 2015 implement the Minister’s powers for removal in accordance with Council Directive 2004/38/EC.

The Regulations direct that the Minister may make a removal order against a Union citizen or their family member where the person is no longer entitled to be in the State in accordance with the 2015 Regulations.

However, in practice, the Minister has been invoking the domestic deportation procedure under Section 3 of the Immigration Act 1999 as amended in the circumstances of family members who fall outside the remit of the 2015 Regulations.

The Minister’s approach to utilise the domestic deportation process for family members who have fallen outside the remit of the Regulations, has the effect that the proposed deportee looses certain rights and entitlements available under the 2015 Regulations. For example, a deportation order under domestic law is indefinite in duration while a removal order under the 2015 Regulations expires once the removal has been carried out.

The Minister’s actions have been challenged in a number of judicial review proceedings, the lead of which is the case of Nalini Chenchooliah v the Minister for Justice and Equality, Case C-94/18. In this case, a preliminary reference was made from the Irish High Court to the Court of Justice to seek clarification on the State’s entitlement to use domestic deportation legislation over the removal procedures envisaged by Directive 2004/38.

The questions referred were as follows:

Where the spouse of an EU citizen who has exercised free movement rights under Article 6 of Directive 2004/38/EC has been refused a right of residence under Article 7 on the basis that the EU citizen in question was not, or was no longer, exercising EU Treaty Rights in the host Member State concerned, and where it is proposed that the spouse should be expelled from that Member State, must that expulsion be pursuant to and in compliance with the provisions of the Directive, or does it fall within the competence of the national law of the Member State?

Ms Chenchooliah argued that as a person who at one time, on account of her marriage to an EU citizen, she previously had a temporary right of residence under Article 6 of Directive 2004/38, and therefore she continues to fall within the scope of that directive and can therefore be expelled from the territory of the host Member State only in compliance with the rules and safeguards provided for in that directive.
It is interesting to note the opinion of Advocate General Szpunar of the 21st May 2019, in in which the Advocate General took the same position as Ms Chenchooliah;

“Therefore, in the light of the foregoing considerations, I am of the view that, since the discontinuation or expiry of a right of residence forms part of the final stage of the exercise of freedom of movement, the expulsion from the territory of the host Member State of a third-country national spouse of a Union citizen continues to fall within the scope of Directive 2004/38, in particular Article 15 thereof, where that citizen has ceased to exercise his freedom of movement in the host Member State by returning to the Member State of which he is a national.”

The case was heard by the Court of Justice on the 15th January 2019 and judgement is currently awaited.

Should the Court of Justice concur with the Advocate General and find in favour of Ms Chenchooliah’s position, it would be appear that many deportation orders issued by the Minister in recent years will be unlawful and in breach of the EU treaty rights law.