On the 15th of September 2022, the Court of Justice of the European Union delivered a seminal judgement in the area of EU free movement law, finding in favour of the applicants in the case of C-22/21  (Subhan and Ali v the Minister for Justice and Equality.)

The judgment can be found here.

The applicants, who are long standing clients of Berkeley Solicitors, first issued proceedings in 2016 to challenge the Minister’s refusal of an EU residence card to the non-EEA national cousin of a British citizen in 2015. The Minster had refused the residence card application on the basis that evidence had not been provided that the EU citizen was the “head of the household”. The Subhan and Ali case became the test case for many other applicants also challenging the Minister’s decisions relating to the interpretation of term “members of the household of the union citizen” in the context of Directive 2004/38/EC.

On the 14th January 2021, the Irish Supreme Court made a preliminary reference to the CJEU to seeking a definition of the term “member of the household of an EU citizen”.

This ruling goes much further than declaring the legality of the Applicants decision under challenge,  as the Court of Justice has also provided a novel definition of the term “membership of the household” applicable to all member states.

The Court of Justice held that Article 3(2)(a) of Directive 2004/38/EC must be interpreted as meaning that:

“the concept of ‘any other family members who are members of the household of the Union citizen having the primary right of residence’, mentioned in that provision, refers to persons who have a relationship of dependence with that citizen, based on close and stable personal ties, forged within the same household, in the context of a shared domestic life going beyond a mere temporary cohabitation entered into for reasons of pure convenience.”

The Court has determined that this interpretation is supported by the “context of the provision”, which is included alongside dependent family members and members of the family requiring the strict personal care of the EU citizen for medical reasons:

An applicant must therefore be able to evidence a situation of dependence arising from close and stable personal ties between themselves and the EU citizen with whom they share a “domestic life”.

The Court goes on to clarify: However, it cannot be required that those ties be such that the Union citizen would refrain from exercising his freedom of movement if that other member of his family could not accompany or join him in the host Member State.

The Court also appears to answer another important question that was not specifically referred to it in confirming that time spent as members of the same household before acquisition of EU citizenship by one of the family members is also relevant in considering whether the applicant is a member of the household of the EU citizen. This is a very interesting aspect to the judgment as it clarifies that family circumstances prior to one of the parties becoming an EU citizen can be taken into account in determining whether an applicant is a beneficiary of the Directive. At paragraph 29 the Court concludes :

The duration of the domestic life shared by the Union citizen and the other family member concerned is also an important factor to be taken into consideration in assessing whether there are stable personal ties between them. It must be possible to determine that duration irrespective of the date on which Union citizenship was acquired. It follows from point (a) of the first subparagraph of Article 3(2) of Directive 2004/38, interpreted in the light of recital 6 thereof, that, in order to assess the stability of the personal ties linking those two individuals, it is necessary to take into account not only the period subsequent to the acquisition of Union citizenship, but also the period prior to this.

This is a very important and long-awaited judgment, and it has set a significant precedent for EU free movement law.

The definition provided by the Court is clear and has provided EU member states with substantial clarity on the meaning of “member of the household”. Until now, the parameters around membership of the same household were very unclear, with applicants arguing for a wide interpretation and the State applying a very narrow interpretation.

This new legal definition provides a basis for a reasonable and balanced approach by Member States in the assessment of the free movement rights of EU citizens and their wider family members.

This Judgment will have far reaching implications beyond the applicants in the proceedings and the High Court holding list, but also all those who have applied for EU residence cards not only Ireland, but across the EU, on the basis of being the member of the household of an EU national.

We wish to extend our warmest congratulations to our clients who have waited many years for this ruling today.

The judgement can be read in full here. 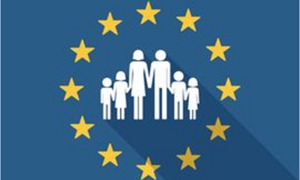 On the 21st December 2020, the Supreme Court delivered its judgment in the case of Subhan and Ali v the Minister for Justice and Equality.

The applicants, who are clients’ of Berkeley Solicitors, issued proceedings to challenge a refusal of the EU residence card on the basis that the applicant was not a member of the household of the EU citizen. For further details on this case, refer to our previous article below:

The Subhan and Ali case has become a test case to establish the meaning of the term ‘members of the household of the Union citizen” for the purposes of the Citizens’ Directive, and has a number of cases following it in the High Court holding list.

Mr Justice Charleton, who delivered the judgement on behalf of the Supreme Court today, stated the issue as to who is a member of the household of an EU citizen when exercising rights of free movement from one country to another, requires reference to the CJEU.

The questions to be referred to the CJEU are as follows:

The reference to the CJEU is welcomed as this should finally bring clarity to who is entitled to a residence card as a member of the EU citizen’s household.

Further updates on this case will be posted here. 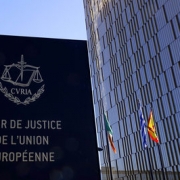 The Court of Justice of the European Union (CJEU) has recently ruled in Bajratari v SSHD (Case 93/18) that there are no requirements with regards to the source of income in providing evidence of self-sufficiency. It further held that a child is to be considered self-sufficient and not to be a burden on social welfare system of a host State where they are supported by the unlawful employment earnings of a third country national parent.

The case specifically concerned Article 7(1)(b) of Directive 2004/38 which provides two criterion for a Union citizen’s right of residence in a host Member State for a period of over three months.

(i) having sufficient resources for themselves and their family members not to become a burden on the host state’s social assistance system;

The decision involved the right of an Albanian Applicant, Ms Bajratari, to reside in Northern Ireland in the capacity of the primary carer of two minor Union citizens, who had obtained certificates of Irish nationality. Ms Bajratari’s husband, and father of the minor EU citizens, had been working in Ireland without a residence card or permit, the former which expired in 2014. This income is the only available financial resources to the family.

After the birth of the couple’s first child in September 2013, Ms Bajratari applied for recognition of a derived right of residence under the Directive.

The Court of Appeal in Northern Ireland referenced Alokpa (Case C-86/12) where the CJEU had previously held in paragraph 27:

“the expression ‘have’ sufficient resources in a provision similar to Article 7(1)(b) of Directive 2004/38 must be interpreted as meaning that it suffices that such resources are available to the Union citizens and that that provision lays down no requirement whatsoever as to their origin…”.

However, the decision did not specifically address the issue of unlawful employment and therefore the application was rejected.

The Court of Appeal in Northern Ireland referred two main questions to the CJEU:

The CJEU affirmed that Ms Bajratari’s right to reside was subject to limitations including the condition of having sufficient resources not to become a burden on the social welfare system. [para 28 – 29]

However, the court held that this condition did not contain a requirement as to where these financial resources originated from and therefore does not exclude income derived from the third country national parent’s unlawful employment.

The court confirmed that in such situations there is a greater risk that the minor Union citizen will be dependent on the social assistance system, given the greater risk at losing this income. Nevertheless, the Directive contains provisions allowing the State to act in such situations to protect the social assistance system. Therefore, the CJEU found that excluding unlawful employment would lead to:

Para 42: “a further requirement relating to the origin of the resources provided by that parent, which would constitute a disproportionate interference with the exercise of the Union citizen minor’s fundamental rights of free movement and of residence under Article 21 TFEU, in so far as that requirement is not necessary for the achievement of the objective pursued”.

CJEU noted that Mr Bajratari had paid tax and social security contributions on his income even after his residence card expired.

Excluding unlawful employment income from meeting the social assistance requirement, in a situation where the family have been able to provide for themselves for ten years without relying on the social welfare system goes manifestly “beyond what is necessary in order to protect the public finances of that member state”. [para 46]

The court rejected the UK government’s argument that a restriction of the free movement rights of the couple’s children was justified on the grounds of public policy. [para 52]

In conclusion, Mr Bajratari’s employment was held to be satisfactory under the concept of sufficient resources despite it being unlawful. This is a very positive decision from the CJEU, one which highlights the interdependence between the right to work and the right to reside.

A third country national parent must have a right of residence to obtain a work permit. Yet often require the right to work in order for their EU citizen child to fulfil the conditions under the Directive to reside in the host state. Therefore, the exclusion of income derived from unlawful employment would inherently reduce the family’s chance of acquiring the right to reside in the host state.

The CJEU has underscored and promoted the rights of Union citizens in this decision.

The judgement can be read in full here