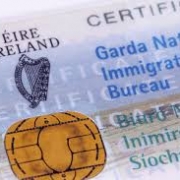 The general scheme of the Employment Permits (Consolidation and Amendment) Bill 2019 has been published.

This is the result of a review conducted last year by the Department of Business, Enterprise and Innovation on economic migration policy review, which found inflexibilities in the current employment permit system.

The current system is governed by the existing Employment Permit Acts 2003-2014.

Speaking about the proposals, the Minister for Business, Enterprise and Innovation, Heather Humphreys, has said:

“The proposed legislation will increase the agility and responsiveness of Ireland’s economic migration system to meet skills and labour needs, while continuing to safeguard the labour market and support the employment rights of permit holders. I want to modernise the system and ensure that it is capable of adapting to changes in the future as well as fluctuations in demand across the economic cycle.”

The aim of the Bill is to consolidate existing legislation, as the Government believes any further amendment to the existing Employment Permit Acts 2003-2014 would significantly increase the complexity of the current system.

Major changes proposed by the Bill including streamlining the processes for ‘trusted partner’ and renewal applications, and making the system more agile and easier to modify to meet changing economic circumstances, technological advances and process changes as they arise.

Another proposal is to modify the ‘50:50 rule’, which currently requires that 50% of an employer’s staff be EEA nationals before an Irish employment permit may be granted, allowing it be waived in cases where the permit holder would be the sole employee. However, this change is subject to the employer demonstrating that they have made efforts to recruit from within Ireland and across the EEA in the first instance. The 50:50 requirement would resume from the point at which a second employee is contracted.

The Seasonal Irish Employment Permit would cater toward those working in the short-stay and recurrent employment sectors. Ireland is an outlier in not offering this type of permit, which would allow individuals to come to the State to work in sectors such tourism, farming and horticulture on a short-term basis.

The Special Circumstances Employment Permit would allow for bilateral, reciprocal agreements between Ireland and other States and could be used, for example, to address a need for a niche, but critically important skillset, for which no formal training is available in Ireland.

The proposals also include an extensive revision of the Labour Market Needs Test, the requirement whereby employers need to firstly advertise vacancies within Ireland and across the EEA.

“The overhaul [of the Labour Market Needs Test] will make it more relevant, efficient, and modernised to reflect current advertising practices. It will also ensure that the test is more targeted and effective in reaching Irish and European jobseekers in the first instance.”

The primary aim of Irish government policy when it comes to the labour market is to promote the sourcing of labour and skills from within Ireland, the EU and other EEA States first and from there look at alternatives from further afield. Permits for highly skilled personnel from outside the EEA can be granted where the requisite skills cannot be met by normal recruitment or training.

The aim of the proposed changes, according to Ms Humphreys, is to enhance accessibility and improve the transparency of the employment permit process while “retaining the core focus of a vacancy led employment permits system focused on meeting the skills and labour needs in the State.”

At present, these proposals are at a very early stage and are subject to change as the Bill moves through the legislative process.

The full text of the general scheme of the Employment Permits (Consolidation and Amendment) Bill 2019 can be found here. 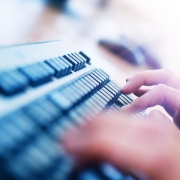 A number of the new regulations are now in force and a number will come into force in the new year, on 1st January 2020.

The required period of validity of an applicant’s passport has been reduced from 12 months to 6 months. There has also been a change to the numbers of employment permits that can be issued in respect of particular professions- dairy farming and the meat industry.

The most notable amendment is that there is to be an increase in the minimum salary required for a critical skills employment permit from €30,000 to €32,000 for an occupation on the highly skilled occupations list and from €60,000 to €64,000 for other professions.

In respect of General Employment permits, the period of time a job has to be advertised with the Department of Employment Affairs and Social Protection to satisfy the Labour Markets Needs test will also be increased from 14 days to 28 days.