The Supreme Court delivered a significant judgement on the 2nd June 2020 in the case of Pervaiz v Minister for Justice [2020] IESC 27. The Supreme Court reviewed the decision of the High Court, with respect to an application for a EU Fam residence card by the non EU citizen partner of a Spanish citizen pursuant to the EU Free Movement of Persons (Regulations) 2015. The Supreme Court overturned the High Court ruling that the 2015 Regulations do not correctly transpose the Citizens Directive by reason of the absence of specific and detailed criteria with regards to the definition of “durable partner”. The Supreme Court also disagreed with the finding of the High Court, which took issue with the fact that the relevant parts of the Regulation simply repeat the words of the Directive itself. The Supreme Court also disagreed that the Minister had applied an unlawful requirement, requiring a period of two years cohabitation in order to meet the definition of a partner for the purposes of the regulations.

The judgement provides a legal analysis of the differing rights of persons who can apply under the Regulations as “qualifying family members”, such as spouses and direct ascendants and descendants as opposed to “permitted family members” such as partners. The Court highlighted the varying rights of such applicants, with “permitted family members” only having a right to have their application “facilitated” and a “detailed examination of their personal circumstances” undertaken.

The Court held that the definition of “partner” in the 2015 Regulations denotes a person with whom the Union citizen has a connection which is personal in nature, and which is akin to, or broadly akin to, marriage.

With relation to the duration of the relationship and its relevance the Court found:

Thus, a durable partnership will tend to be one of some duration, but that is not to say that the duration of the relationship is, in itself, a defining feature. The length of a relationship will be an important, and sometimes compelling, index of the degree of commitment between the couple, but it is perfectly possible for a committed long-term, what is often called a “serious” relationship, to exist between persons who have known one and other for a short time.

With regards to whether cohabitation is required the Court found:

With regards to the argument that there is a lack of clarity as to what is required or what conditions need to be met with regards to the duration of a relationship and the period of cohabitation in order to be eligible to apply for a residence card as the partner of the EU citizen the Court disagreed and held: There is, in my view, no lack of clarity in the 2015 Regulations and in the other resources so that an applicant may readily understand the proofs to be met.

It is beneficial to applications to now have confirmation that the Minister does not impose a mandatory two year cohabitation requirement and that the Minister should assess each case on its own particular facts.

Please contact the office if you wish to make an EU Fam Residence card application for yourself or your family member.

The full judgement will be published shortly. 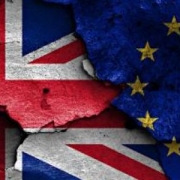 The United Kingdom has recently passed The Immigration and Social Security Co-ordination (EU Withdrawal) Bill, which was first introduced on 5th March 2020. The Bill, which ends the principle of free movement of people in the United Kingdom, is set to be introduced upon the conclusion of the transitional period on 31st December 2020.

The Bill, passed by 351 votes to 252 on 18th May 2020, has marked concrete developments in the UK’s transition into a points-based immigration system. The UK government clarified in February that points will be awarded for certain requirements such as the ability to speak English, having a job offer from an approved employer and meeting a salary threshold of £25,600. Points may also be awarded for certain qualifications or for working in an area where there is a shortage of workers.

However, the Bill clearly prioritises migrants with “high skilled jobs” which concerningly appears to be determined based on financial thresholds above any other factor.

UK Home Secretary, Priti Patel, has stated “We’re ending free movement to open Britain up to the world. It will ensure people can come to our country based on what they have to offer, not where they come from.”

The Bill includes provisions intended to uphold the historical entitlement of Irish citizens to enter and remain in the UK without the need of seeking permission or leave to do so.

These provisions relating to Irish citizens will operate alongside the Common Travel Area (CTA) regime once EU freedom of movement comes to an end.

Under the CTA, Irish citizens are permitted to move freely between Ireland and the UK and vice versa. This extends to the right to enter, reside, pursue education, take up employment and access State benefits. On the 8th May 2019, both the Irish and UK government signed a Memorandum of Understanding which reiterated their commitment to the CTA and to the maintenance of the derived rights from this agreement.

The Bill has made it clear that the rights being afforded to Irish citizens are more far-reaching than those afforded to other EEA nationals. The UK government’s position is that Irish people will have a general right to reside in the UK which is separate to their rights as EU citizens.

Although this Bill provides legislative certainty to Irish citizens on their rights to enter and reside in the UK without leave, disappointingly the provisions are not yet provided for in comprehensive detail.

The Irish  Human Rights and Equality Commission called for an international treaty in their November 2018 report to formalise common immigration rules and the rights of Irish citizens in the UK during the wake of the uncertainty caused by Brexit.

The Bill places EEA and Non-EEA nationals on the same footing in terms of immigration permissions in the UK.

The free movement of people across 28 countries, considered to be one of the greatest achievements of the European Union, has been significantly reduced by this Bill.

The UK’s new system will take a restrictive economic approach to those considered eligible to travel to the UK and will disproportionately affect those not considered to be “skilled workers” i.e. those who earn less than £25,600 per annum.

This concern caused by this Bill is exacerbated by the ongoing Covid-19 crisis, and the proposed immigration rules will undoubtedly deem many healthcare workers ineligible to reside in the UK.

Despite the Home Secretary referring to the introduction of a fast-track visa for doctors, nurses and other health professions, the passing of this Bill will understandably create a huge amount of worry to those already facing extreme pressure and uncertainty caused by both Brexit and Covid-19.

It’s expected that this Bill will consequently restrict the freedom of movement of UK citizens in both the EU and outside the EU.

It seems that further details of the UK’s move towards a controversial points-based system will likely not be formalised until the conclusion of the transitional period in December 2020.

At midnight on 31st January 2020, the United Kingdom left the European Union on the basis of the Withdrawal Agreement. This means that the transitional period has commenced and will run until the 31st December 2020.

The Department of Justice and Equality, has published a communication on their website aimed at non-EU/EEA nationals who are residing in the State as the family member of a British citizen.

The Department has confirmed that during this transition period, which will last until at least the 31st December 2020, EU rules and regulations will continue to apply to the family members of British citizens who are currently resident in Ireland, that is to say they will continue to benefit from Directive 2004/38 and the European Communities (Free Movement of Persons) Regulations 2015 which provide for the rights of British citizens to live and work in the EU.

Unfortunately, the Minister has yet to clarify what plan is in place for the family members of British citizens who currently hold EU Fam residence cards after the 31st December 2020.

Furthermore, the update is also silent on the policy to be applied to the family members of British citizens who will have EU residence card and visa applications pending at termination of the transition period.

It is indicated that the Department will announce details of arrangements for non-EEA family members of British citizens closer to the end of the transition period.

This lack of clarity on the status of such applications after the 31st December 2020 is disappointing.

Meanwhile, the EUTR Section of the Irish Naturalization and Immigration Service are in delaying issuing decisions in most applications well beyond the permitted timeframes. For example, many of the residence card applications are taking approximately ten months when the EU Regulations require that they are determined in a six-month period.

This delay is very unsatisfactory especially for the family members of British citizens who are now concerned regarding the pending deadline of the 31st December 2020.

It is advisable to regularly check the Department’s website. Berkeley Solicitors will also update the Immigration Blog as further information becomes available.

We understand many people are concerned regarding the uncertain impact of Brexit on their applications and right to reside and access the labour market in Ireland. If you or your family members are affected please do not hesitate to get in contact with our office.

The update can be read in full here.