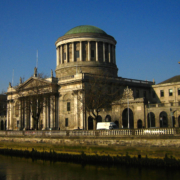 Ms Justice Bolger of the High Court has recently delivered a judgement in the case of S v Minister for Justice [2022] IEHC 578.

The case concerned an Indian citizen who was granted a work permit to take up a position as a tandoori chef. The Applicant then applied for a visa to enable him enter Ireland to take up this employment position, but his visa application was refused. The Applicant appealed against this refusal; his appeal was also unsuccessful.

The Applicant initiated Judicial Review proceedings in the High Court to challenge the Minister’s decision, seeking an order of certiorari to quash the decision. Ms Justice Bolger found for the applicant and granted the order quashing the decision.

The Minister refused the visa application on the basis that there was insufficient documentation submitted in support of the application. The Minister stated that there were inconsistencies and contradictions in the information supplied. Lastly, the Minister stated that the visa sought was for a specific purpose and duration, and the applicant had not satisfied the visa officer that such conditions would be observed. The Minister highlighted that the applicant had not provided sufficient evidence that they had the appropriate skills, knowledge, or experience for taking up the employment position in Ireland.

The appeal was also refused on the basis that the applicant had not addressed the refusal reasons listed in the refusal letter. The Minister relied on evidence from a telephone interview with the applicant in which he was asked what type of food he would be cooking, to which he replied, “Indian breads.” The applicant was then asked about cooking other dishes such as chicken tikka and he confirmed that this was not part of his job as a tandoori chef but that he had a basic knowledge of this type of cooking.

The Court found that the appeals decision did not state what documentation was missing from the applicant’s application, nor was missing documentation identified during the application or appeal process. The Minister’s deponent swore an affidavit in the proceedings which took issue with the applicant’s failure to submit a supplementary form that was required by the Minister. It was further highlighted that payslips, tax forms and evidence of experience or qualifications were missing, however this was raised for the first time after judicial review proceedings were initiated.

Regarding the alleged inconsistencies in the application, the Court found that it was unclear from the appeal decision what these inconsistencies were. The decision maker had concluded based off the interview that the applicant could not provide detailed recipes for food which he would be required to cook in Ireland. The Court found that this was not a reasonable conclusion for the decision maker to reach, as the applicant’s work permit made it clear that his job was to make specialty tandoori bread, which the employer was satisfied the applicant had sufficient experience in. The applicant never claimed he would be required to cook chicken tikka or chicken dishes in Ireland and there was therefore no need to question him about his experience in this regard.

The Court found that a work permit does not constitute prima facie evidence that the applicant has the skills and experience required, to the point that the Minister for Justice cannot look behind the grant of the permit or require an applicant for a visa to show they are qualified to do the job for which they were granted the permit, in the assessment of the visa application to enter Ireland. However, the Court found that it also cannot simply be ignored.

This case raises the interesting conflict that can arise when a person has been granted an employment permit and requires an employment visa to enter the State.

It is the Minister for Justice who has responsibility for the issuance of visas and immigration permissions.  In our experience the Minister for Justice does not limit her assessment of the visa application to immigration matters only and will often undertake an examination of the applicant’s suitability for the employment position they have been issued an employment permit for.

It is a very unfortunate and regrettable position for a person who has been successful in obtaining an employment permit to come and work in Ireland to then be refused entry to the State to take up that employment due to concerns raised by visa officers as to the applicant’s suitability for an employment position.