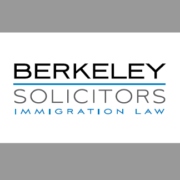 On the 31st December 2021, the Department of Justice announced that it would be introducing a scorecard approach for supporting documents that are required for citizenship applications, to prove required residency and establish identity.

The scorecard approach, which is applicable from the 1st of January 2022, is intended to clarify the information that applicants are intended to provide to establish their identity and required residency when applying for Irish citizenship.

In the announcement, the Department highlighted the importance that proofs of identity and residence hold for a citizenship application, and confirmed that insufficient documentation can lead to an application being deemed ineligible.

If you or a family member have queries about your naturalization application, please do not hesitate to contact our office. 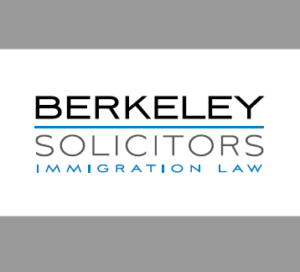 On the 14th December 2021, Minister McEntee confirmed that the Afghan Admission Programme will open for applications this Thursday, 16 December 2021.

The scheme provides a pathway for Afghan nationals who were legally resident in Ireland before 1st September 2021 to apply for a visa for up to four family members who are in Afghanistan, or one of five neighbouring countries: Iran, Pakistan, Turkmenistan, Uzbekistan and Tajikistan. The Applicant will be responsible for providing their family members with accommodation in Ireland.

Although the scheme has undoubtedly been welcomed by many, some have voiced concern that the 500 places quoted to be available is too few, and that the Minister should be flexible with the criteria of only four family members per sponsor.

In a statement by the Department of Justice that confirmed that the scheme will open tomorrow, 16th December 2021, Minister McEntee stated;

In processing applications, we will be prioritising those who are especially vulnerable and whose freedom and safety is most at risk, like older people, children, single female parents, single women and girls and people with disabilities. We will also give priority to people whose previous employment exposes them to greater risk, for example UN and EU employees and people who worked for civil society organisations.

The application form and additional guidelines for completing an application will be available on the Department’s Irish immigration website (www.irishimmigration.ie) from today, 16th December 2021.

The full statement from the Department of Justice can be read here.

Who is eligible to become an Irish citizen?

If you were born outside of Ireland, you can apply for Foreign Birth Registration if;

Depending on the specific situation, there are certain documents that need to be submitted with an application for FBR on behalf of the applicant and the Irish citizen family member. There is also an online form that needs to be completed. The fees for FBR are €278 for an adult (over the age of 18) and €153 for registration of those under the age of 18.

Once a person is registered on the Foreign Birth Registrar, they can apply for an Irish passport as an Irish citizen.

The full notice on the Department of Foreign Affairs website can be found here.

If you or a family member have queries about the Foreign Birth Registration process, please do not hesitate to contact our office.