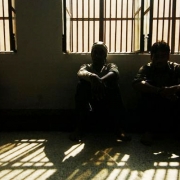 Ireland fails to meet the minimum standards in eliminating human trafficking according to the Trafficking in Persons Report, which is published annually by the US Department of State. The minimum standards are set forth by the Trafficking of Human Persons Protection Act of 2000 (TVPA). This act places each country into four tiers: Tier 1, Tier 2, Tier 2 Watch List and Tier 3. In previous years (2012-2017) Ireland had been categorized as a Tier 1 country, which means it fully met the TVPA’s standards to eradicate human trafficking. However, for the past two years, Ireland has been categorized as a Tier 2 country. Tier 2 means that Ireland does not meet the minimum standards established by the TVPA but is making efforts to do so.

According to the US report, Ireland’s efforts in prosecution and victim protection are ‘insufficient’. Specifically, the report claims that Ireland does meet the TVPA’s minimum standards for the following reasons:

The US report states that Ireland needs to ‘Vigorously investigate, prosecute, and convict suspected offenders of both sex and labor trafficking using the trafficking law.’ The failure to make convictions in human trafficking cases or even initiate prosecution deters victims from coming forth and testifying. To support the victims and encourage them to testify, there needs to be certain protections in place for the victims.

Although Ireland has been trying to increase protection for the victims through new identification and referral mechanisms, it still fails to protect the victims in accordance with TVPA standards. According to the US report, the primary issue with Ireland’s identification method is that there are only formal procedures to identify victims who lack legal residency in Ireland. Thus, there are no formal procedures to identify EEA nationals, Irish nationals, and asylum seekers (with pending applications) as possible human trafficking victims. As a result, EEA nationals and Irish nationals do not have equal protection and equal access to the specialized assistance that Ireland provides to human trafficking victims, because they are not formally recognized as such based on the current identification mechanism.

Furthermore, the US report criticized Ireland’s referral mechanism. Currently, Ireland provides victims with health services, immigration permissions, accommodation, welfare and rent allowance, police assistance, residence permits, repatriation, translation and interpretation assistance, and access to education for dependent children. One of the criticisms of Ireland’s referral mechanism is that it does not offer legal assistance to victims to help them with investigations and trials. This contributes to a lack of prosecutions and convictions. Additionally, there is no legal requirement for victims to receive psychiatric counselling and the counselling available has been deemed ‘insufficient’. The report claims there is ‘a lack of specialized services in the centers for all victims, but especially for female victims who had been traumatized due to psychological, physical, or sexual violence.’

Due to the issues noted above, Ireland fails to comply with the standards set forth by the TVPA. In order to be in full compliance with the TVPA standards, the US report recommends that Ireland takes the following actions:

Not only does Ireland need to prosecute and convict traffickers to the full extent of the law, but it also needs to ensure that it provides adequate support for the victims, i.e. health services, psychiatric counselling, specialized accommodations, legal assistance.

For more information please read this article.
The full Trafficking in Persons Report can be read here.