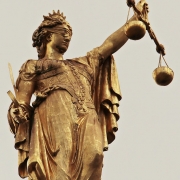 The Supreme Court is set to hear an appeal from the State over the definition of “child” as referred to in the International Protection Act 2015.

Section 56 the 2015 International Protection Act sets down the procedure for refugees and the holders of subsidiary protection to make an application for family reunification.

(d) a child of the sponsor who, on the date of the application under subsection 1 is under the age of 18 years and is not married.”

After refusing to undertake a DNA test, as requested by the Minister, the application was refused in 2017. Mr X made a second application which was also refused and therefore brought judicial review proceedings with the aim of quashing the Minister’s refusal.

In his decision, Mr Justice Barrett acknowledged that “there is a “wide diversity” of familial structures and the 2015 Act does not exclude non-biological relationships. He further found that a “cookie cutter” definition of children which only recognised biological children, “would doubtless be easier for the State to police…but it is not what the Act provides”. Mr Justice Barrett’s decision acknowledged that it is not always a straightforward task in defining who is a child of someone. He therefore directed the Minister for reconsideration of the matter.

Chief Justice Frank Clarke, Ms Justice Iseult O’Malley and Ms Justice Mary Irvine have accepted a “leapfrog” appeal by the Minister and State against the High Court decision. This means that the State’s appeal will bypass the Court of Appeal and be directly heard by the Supreme Court.

The judges have emphasised that the definition of “child” in relation to the 2015 Act has the potential to relate to any case regarding non-biological minors who are claimed to be the child of person who has international protection.

The question as to which minors may benefit from family reunification is “a matter of general public importance”, they have underscored.

A hearing date for the appeal has not yet been fixed.