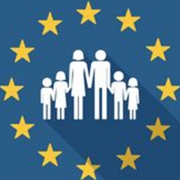 Applications for visas and residence cards for family members of EU citizens pursuant to EU Treaty Rights often require proof that the Applicant is dependent on their EU Citizen family member.

The concept of dependency is not defined in the Citizens’ Rights Directive (Directive 2004/38/EC) or the European Communities (Free Movement of Persons) Regulations 2015. However, case law of the Court of Justice of the EU has established that an Applicant must show that they are not in a position to support themselves, having regard to their financial and social conditions.

Thus, while dependency is often assessed in terms of the existence of financial support between the Applicant and the EU Citizen, it can also arise from social, emotional and medical circumstances.

Several recent judgments of the High Court have shed some light on the importance of social dependency in EU Treaty Rights cases.

The case of Chittajallu v The Minister for Justice and Equality, Record Number 2019/28, in which Berkeley Solicitors were acting for the Applicant, involved a British citizen who submitted a visa application for her dependent mother.

In his judgment delivered on 11th July 2019, Mr Justice Barrett highlighted that the Minister had not properly considered the issue of social dependency arising from the Applicant’s medical circumstances in the initial decision.

Berkeley Solicitors also acted for the Applicant in the case of Agha v The Minister for Justice and Equality, Record Number 2019/374, the facts of which similarly involved a British citizen who applied for a visa for his elderly dependent mother who had serious health issues and was not capable of living independently.

In his judgment of 23rd December 2019, Mr Justice Barrett states at paragraph 6:

“There is a further separate error presenting in this regard, viz. that, in breach of European Union law, the Minister did not have any regard to the particular illness of Mr Agha’s mother and how this impacted on dependence…

As is clear from Jia, at para. 37 (as touched upon in Chittajallu v. Minister for Justice & Equality [2019] IEHC 521, at para. 4): “in order to determine whether the relatives in the ascending line…are dependent…the host Member State must assess, whether, having regard to their financial and social conditions, they are not in a position to support themselves” [Emphasis added]. No such analysis was not undertaken here…”

It is clear from the above High Court decisions that a failure to take into account an Applicant’s social dependency on the EU citizen constitutes a breach of EU law. An analysis of the Applicant’s financial dependency alone will not be sufficient.

In both of the above cases, the Court ruled that the initial refusal was unlawful and remitted the matter to the Minister for fresh consideration.

This is a positive development for family members who are dependent on their EU Citizen family member for reasons other than, or in addition to, their financial circumstances.

Social dependency may arise from factors such as an Applicant’s medical circumstances or the nature of the social and emotional relationship between the Applicant and the EU Citizen.

If you or a family member wish to discuss an EU Treaty Rights application, please do not hesitate to contact our office.

The full judgments will be published shortly on the website of the courts, which can be found here.