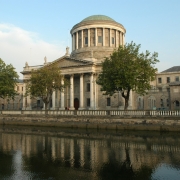 An important judgement has been delivered by the Supreme Court in the case of P -v- Minister for Justice and Equality [2019] IESC 47.

The Courts highlighted that this is a difficult and novel area of law. O’Donnell J in his judgement noted: “this is a very difficult area, with competing considerations, an absence of legislative structure, and little by way of guidance from the decided cases.”

The applicant in his proceedings contended that the reasons provided to him in the refusal of his application for naturalisation remained insufficient and that it ought to have been possible for the Minister to offer to provide “the gist” of the information relied upon.

The applicant contended that if necessary, a special advocate procedure ought to have been adopted.

There is a special advocate procedure in place in other common law countries, most notably the United Kingdom, Canada, and New Zealand, which are now the subject of detailed procedures providing for the appointment of a special advocate, and what are described as closed material hearings.

Two judgements were issued in this matter, by Mr Justice Clarke C.J. and Mr Justice O’Donnell which reach the same conclusion on slightly different legal bases.

Clarke C.J.’s judgement found that it is possible to put in place an “enhanced process” by which an “independent assessment” could be made, “as to whether any version of the information could be provided in a way which would not affect State interests to the extent that disclosure should not be required at all”.

Clarke C.J. also noted that such a process of advice from an independent person would also enhance confidence in any decision made.
O’Donnell J’s discusses “special advocate procedures” stating:

There is currently no provision for such procedures in Ireland.

O Donnell J held that the issue in this particular case was:

“(i) what by way of fair procedures is required where it is said that the basis for the refusal of citizenship is contained in information which cannot be disclosed by way of reasons for the decision, and
(ii) if it is possible to justify the refusal to give reasons, what is required by way of fair procedures to constitute such justification, so that a decision which did not provide reasons, would nevertheless be valid and not liable to be quashed?”

O’ Donnell J found that if national security concerns are properly raised, it cannot be the case that merely by seeking a decision, an interested party can demand access to information, the confidentiality of which is deemed essential to national security. The judge also highlighted, however that it must be recognised that fundamental issues are involved in this case- that a person can be the subject of an adverse decision on a matter of significance to them based upon materials not disclosed to them, and where the reasons for that decision are similarly withheld from them.

The judge referred to a case of the UK courts, R. (Haralambous) v. St. Alban’s Crown Court [2018] UKSC 1, [2018] A.C. 236, in that case, the restrictions on providing the gist of material occurred after there had been a limited closed materials procedure in which the information concerned was subject to some scrutiny independent of the state.

We welcome the Supreme Court’s determination in this case and hope that an “enhanced process” or “special advocate procedure” is introduced by the Minister as soon as possible. An application for citizenship is a hugely important matter for an applicant, who has made their home in Ireland. A fair and balanced system with an element of independence is to be welcomed and will assist both the applicant and the Minister to deal with these particular matters. 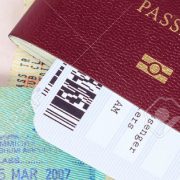 A new practice direction on asylum and immigration cases issued by President of the High Court Mr Justice Peter Kelly on the 17th December 2018 has created significant changes in the Asylum and Immigration court, and imposed significant new obligations on both solicitors and applicants.

Following the issuance of this practice direction, there is a requirement on all applicants to disclose a substantial amount of information and documentation to the Court regarding their case, including details of all previous immigration applications made by any applicant or their family member in Ireland or any other country and details of any previous or current civil or criminal proceedings. This is the case even when the applicant’s family members are not involved in the Judicial Review proceedings.

The Practice Direction requires the following to have been completed in respect of every new asylum and immigration case initiated after the 1st January 2019.

Berkeley Solicitors has recently contacted all clients who have current Judicial Review cases active in our office to explain the new requirements imposed by the practice direction. If there are any further developments on the new Practice Direction there will be a further update on the Immigration Blog and clients will be contacted.

The Leave to Remain process is explained by the McMahon report (Department of Justice, 2015) as follows;

“The consideration by the Minister for Justice and Equality of whether or not to issue a deportation order in respect of a person who has been deemed not eligible for protection. If the decision is that a deportation order should not issue, leave to remain in the State is granted under Ministerial discretion following consideration of representations submitted, including in relation to the matters set out in section 3 of the Immigration Act 1999.”

Attention was brought to this steep drop in humanitarian leave being granted by TD Catherine Martin of the Green Party, representing Dublin Rathdown. In response to Ms Martin’s parliamentary question, Minister Charlie Flanagan’s answer was as follows (Dáil Debates,23rd January 2018);

“I am advised by the Irish Naturalisation and Immigration Service (INIS) of my Department that the information sought by the Deputy is included in the table.

The number for 2017 is influenced by the introduction of the new International Protection Act which required significant changes to procedures as well as the introduction of the transition provisions of the Act which required a significant number of cases to revert for processing to the International Protection Office.  All of this impacted on the number of cases brought to finality. With the new procedures bedded down the rate of processing is expected to increase significantly in 2018 and beyond.

As stated by Minister Flanagan, it is presumed that the drop in successful humanitarian leave applications  is largely due to the introduction of the International Protection Act, 2015. The International Protection Act, 2015 was designed to streamline and improve the asylum process in the State, which was infamously overburdened and delayed. Minister Flanagan in the above statement, submits that the drop in successful humanitarian applications is due to moving all cases into the simplified asylum process introduced by the Act, and not due to an increased rate of rejection for applicants.

It remains to be seen whether this drop in applications is in fact due to the transitional issues associated with the State’s reform of the asylum and leave to remain process, or if it instead indicative of a continuing issues with delay in spite of the new Act.

Department of Justice (2015). Working Group to Report to Government Working Group on the Protection Process on Improvements to the Protection Process, including Direct Provision and Supports to Asylum Seekers. [online] Dublin: Department of Justice. Available at: http://justice.ie/en/JELR/Report%20to%20Government%20on%20Improvements%20to%20the%20Protection%20Process,%20including%20Direct%20Provision%20and%20Supports%20to%20Asylum%20Seekers.pdf/Files/Report%20to%20Government%20on%20Improvements%20to%20the%20Protection%20Process,%20including%20Direct%20Provision%20and%20Supports%20to%20Asylum%20Seekers.pdf [Accessed 6 Feb. 2018].