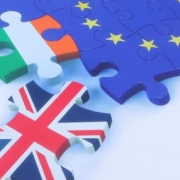 On the 31st of October, the United Kingdom will leave the EU and become a third country unless a draft withdrawal agreement is ratified prior to this. Brexit has left many unanswered questions for Non-EU/EEA British citizen family members.

Although currently entitled to avail of the European Communities (Free Movement of Persons) Regulations 2015, a no-deal scenario would mean that Non-EEA family members of British citizens will no longer be able to exercise EU treaty rights. Encouragingly, if you are currently a Stamp 4 EUFam card holder, INIS advises that you should have no concerns regarding your continued residence after the 31st of October in the State.

The Department of Justice and Equality has been contacting holders of Stamp 4 EUFam residence cards confirming that “transitional arrangements” are being put in place in the event of a no-deal Brexit. These arrangements will facilitate the transfer of free movement rights under domestic immigration arrangements. The objective of these transitional arrangements is to retain similar rights to those currently enjoyed as a non-EU/EEA family member of a British citizen.

INIS has recently reaffirmed that where applications are pending, no action is currently required.