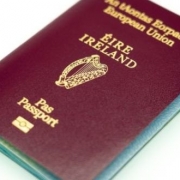 On 30th September 2020, the Minister for Justice and Equality announced the establishment of the awaited Single Person Committee of Inquiry into refusals of naturalisation applications where the refusal is in whole or in part based on national security concerns.

A new enhanced procedure was set up in compliance with the findings of the Supreme Court decision of A. P -v- Minister for Justice and Equality [2019] IESC 47, delivered on the 31st May 2019.

Our blog relating to this judgement can be found here.

This is a new procedure and it is yet to be seen how it will operate in practice. It appears that the system will operate on the basis that an applicant who has been refused naturalisation on basis of nationality security concerns can apply to the SPC. The SPC will then undertake an assessment and make a report to the Minister. The report will recommend to the Minister that the information used to form the basis of the refusal decision be provided in whole to the applicant, in part (“the gist” of the information) or that the information not be released to the applicant. The Minister will make her decision based on the report from the SPC.

Minister McEntee has stated in respect of Judge Hedigan’s appointment and to the establishment of this Committee:

“I am pleased that retired Judge John Hedigan has agreed to serve as the Member of the Single Person Committee. The establishment of the Committee will provide greater openness and transparency in the process for applicants who are refused a certificate of naturalisation in the small number of cases where National Security concerns arise.

“It also ensures that the confidentiality of matters of National Security continue to be appropriately maintained for the security of the State.”