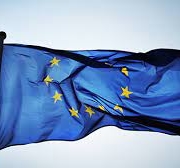 Council Directive 2001/55/EC of 20th July 2001, the ‘Temporary Protection Directive’, was established by the European Union as a response to the conflicts in the former Yugoslavia and Kosovo in the 1990s, that highlighted the need for a tool to assist with max influxes of displaced persons into EU member states.

On the 4th March 2022, the Council adopted unanimously the implementing decision to activate the Temporary Protection Directive for the first time since its establishment, for persons fleeing the conflict in Ukraine.

The Council Implementing Decision that activated the Directive highlights;

“The Union has shown and will continue to show its resolute support to Ukraine and its citizens, faced with an unprecedented act of aggression by the Russian Federation.”

The Directive is grounded in solidarity and promotes a balance of efforts between EU Member States. It is a legislative tool that enables Member States to offer persons legally resident in Ukraine who are fleeing the war, temporary protection upon arrival in an EU member state. Temporary protection will be initially provided for 12 months. Unless terminated, this period will be extended automatically by six monthly periods for a maximum of one year.

The Council Implementing Decision notes that those who are eligible for temporary protection under the Directive will “enjoy harmonised rights across the Union.” Persons holding temporary protection in Ireland will enjoy the rights afforded under Section 60 of the International Protection Act 2015;

(a) to seek and enter employment, to engage in any business, trade, or profession and to have access to education and training in the State in the like manner and to the like extent in all respects as an Irish citizen,

(b) to receive, upon and subject to the same conditions applicable to Irish citizens, the same medical care, and the same social welfare benefits as those to which Irish citizens are entitled, and

(c) to the same rights of travel in the State as those to which Irish citizens are entitled.

The below paragraphs outline who will be covered by the Directive;

Berkeley Solicitors wishes to express our deepest concerns for the people of Ukraine.

If you or your family require advice on your eligibility for temporary protection or in respect of visa applications for family members in third countries, please do not hesitate to contact our office.

The Temporary Protection Directive can be found here.

The Council Implementing Decision that activated the Temporary Protection Directive can be found here. 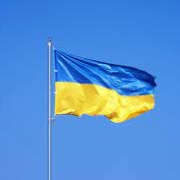 The EU Member states have now activated the application of Council Directive 2001/55/EC of 20 July 2001 by way of a Council implementing Decision. This means that the EU members states will now offer “temporary protection” to those fleeing the war in Ukraine.

Ireland along with the other EU member states will now offer and provide “temporary protection” to Ukrainian nationals and lawful residents of Ukraine. Temporary protection will be initially provided for 12 months, potentially renewable for a further 24 months.

It is estimated that upwards of 2,000 people have arrived in Ireland to date fleeing the war in Ukraine, with many more thousands expected to follow.

Following the adoption of Council Directive 2001/55/EC, those fleeing the war in Ukraine will not be required to submit  applications for asylum upon arrival in Ireland and will be offered temporary protection here.

Following a helpful briefing session with Government officials today, it is our understanding that the Irish Government are acting urgently to put in a place a system to provide temporary protection in the most humanitarian and urgent manner possible.

Temporary protection will be granted to persons arriving in Ireland from Ukraine and covers both Ukrainian nationals residing in Ukraine and also  nationals of other countries  or stateless persons residing legally in Ukraine and who are unable to return in safe and durable conditions to their country or region of origin, as well as their family members.

The requirement of inability to return in safe and durable conditions to their country or region of origin shall not apply to third-country nationals or stateless persons who have been legally residing on a long-term basis in Ukraine.

Family members include spouses, partners, children and also other close relatives who lived together as part of the family unit at the time of the circumstances surrounding the mass influx, and who were wholly or mainly dependent on their family.

Persons holding temporary protection will enjoy the rights afforded under Section 60 of the International Protection Act 2015- to seek and enter employment and to engage in business, to access education and training, to receive medical care and social welfare benefits and the same right of travel in the State as those to which Irish citizens are entitled.

We welcome the Irish Government’s commitment to welcoming those impacted by the war in Ukraine to seek protection and safety in Ireland. We hope that the adoption of  a “temporary protection”  system within the EU will provide a streamlined and  efficient system focused on  the urgent  needs of the millions of people  who have been displaced by the war in Ukraine.

The Immigration service delivery has on 18th August 2020 announced a further automatic renewal of immigration permissions for one month in furtherance of the extensions announced on 20th March, 13th May 2020 and 16th July 2020.

This announcement relates to permissions due to expire between the 20th August 2020 and the 20th September 2020.

The Immigration Service Delivery has also announced that the Registration Office in Burgh Quay and Registration Offices outside of Dublin which are operated by An Garda Siochana will close temporarily so that revised public health guidance can be issued. Those who have appointments for the 19th, 20th and 21st August 2020 will be rescheduled.

It is expected that a further announcement in relation to the opening and operating of these registration offices will be published before the end of this week.