Tag Archive for: Timed out Students 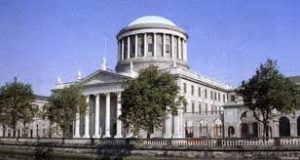 These proceedings where both appealed from the Court of Appeal by the Minister for Justice and Equality.

The outcome of this case is one that potentially affects a large number of our clients, and we note that this judgement is a positive judgement for many non-EEA persons resident in Ireland, who came to the State before 2011 as students. We submit that the case has helpfully clarified the Minsiter’s obligations when assessing applications under Section 4(7) of the Immigration Act 2004.

The History of the cases:

The cases of Luximon and Bachland concerned Mauritian nationals who first came to the State as students,11 years ago. Both applicants went on to have children after a number of years and viewed Ireland as their place of permanent residence. Through work, education and familial and social connections built over a decade these families had become well-established in the State.

In 2011 a new scheme was introduced entitled “O, registered in Ireland before 1st January 2011”. Under this scheme explicit time limits were set regarding the length of time students could remain in the State.

Between 2012 and 2013 both applicants made applications under Section 4 (7) of the Immigration Act 2004 which states as follows:

“A permission under this section may be renewed or varied by the Minister, or by an immigration officer on his or her behalf, on application therefore by the non-national concerned.”

Following the refusal of their Section 4(7) application, Danye Luximon and her daughter challenged this decision in the High Court.

The applicants, in their High Court challenge, contended that the statutory discretion under Section 4 of the 2004 Act must be exercised in accordance with the provisions of Section 4 itself, the Constitution, and the European Convention on Human Rights.

The High Court quashed the minister’s decision, holding that the Minister had an obligation to consider family and private life rights when they arose in the context of a Change of Status application and that the Minister failed to comply with the principles of natural and constitutional justice, and basic fairness of procedures by failing to make available the criteria under which she considered such applications. Budd J allowed an appeal by the Respondent on the basis that it was in the public interest.

The applicant family in Bachland was unsuccessful in challenging the refusal of their Section 4(7) application in the High Court, with the High Court finding on this occasion that the applicant’s residence was “precarious” in nature.

Both cases where appealed to the Court of Appeal.

The Court of Appeal found for the applicants in both cases and affirmed the decision in the High Court of Budd J.

The Court of Appeal judgement was appealed to the Supreme Court by the Respondent (The Minister for Justice and Equality).

by Mr Justice Mac Menamin, it was held that the Minister for Justice must take account of an individual’s rights to private and family life under Article 8 of the ECHR in assessing applications under section 4(7) of the Immigration Act 2004.

Each case should be assessed on the particular facts of the case at hand. Any decision made without taking the individual’s private life into consideration is “unlawful”.

The Judge disagreed with the finding of the High Court in the Bachland case, that the applicant’s immigration status was “precarious”, stating that this is typically used in jurisprudence to refer to those whose status is “attenuated” or weak.

The Judge on the contrary found that the applicants are “lawful, long-duration residents”.

Notably the judgement goes on to find that even if a person’s position was indeed “precarious” that this would not absolve the Minister of observing their duty of fairness.

The Judge differentiated the facts of these case from cases concerning short-term visitors, those in temporary employment, asylum seekers and those without established links to the state.

The Judge also stressed that this judgement only required the Minister for Justice to give “consideration” to the the right to private life.

Justice Mac Menamin found that the way in which the Minister for Justice had refused the Section 4(7) applications of the applicants to be unlawful.

Justice Mac Menamin stressed in their judgement that the judgement was based entirely on the facts at hand, and that this judgement would not apply to all cases.

Justice Mac Menamin in particular emphasises the fact that the applicants came to the State lawfully and were long term established residents and had at all times renewed or attempted to renew their permission to remain.

Reactions to the Supreme Court’s judgement have generally been very positive. We refer to the statement of Ms Jane O’Connell, Legal Officer in MRCI:

“The Court emphasised the need for fairness and transparency in Ireland’s immigration policies. This does not mean regularisation for everyone or even for people who meet certain criteria, but it may at last mean a move towards a more humane immigration system in Ireland. We commend both families involved – it takes great bravery to go up against the State, particularly as a migrant.”

We also note the statement of the Department of Justice and Equality made to TheJournal.ie.

“The Supreme Court judgement in this complex case is only recently to hand. The Department of Justice and Equality will require some time to examine and assess its implications in greater detail in conjunction with the Office of the Attorney General.”

It remains to be seen how this judgement will affect the large number of persons whose applications under Section 4(7) have been pending, awaiting this judgement.

It appears to us to be a positive and helpful judgement from the Supreme Court and we hope that it will result in the issuance of positive decisions in the near future.

We wish to congratulate the families involved in these important cases and their legal teams.

Once the practical effect of this judgement becomes clear we will update The Immigration Blog.