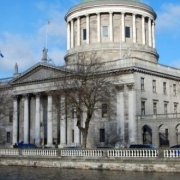 The recent ruling of the Irish Supreme Court in X v Minister for Justice and Equality [2020] IESC 284, was delivered on 7th June 2020. The Supreme Court held that the definition of child for the purposes of Section 56(9) of the International Protection Act 2015 is confined to a biological or adopted child only.

The judgement overturns the finding in the High Court that the definition of child within the International Protection Act could include more far reaching interpretations of “child”, citing the variety and complexity of family relationships.

The Court also found that it would be wrong and incorrect of the Minister to request DNA evidence as a matter of course in respect of refugee family reunification applications. The Court did however find that were there was a legitimate reason or cause to doubt parentage or family relationship it can be an appropriate action of the Minister to request such evidence. The Court noted that the Minister does have guidelines with respect to DNA evidence in respect of D join family visa applications, but that it did not have guidelines in place in respect of refugee family reunification.   The Court noted that DNA goes to the heart of a person’s identity and should only be requested if there is no alternative method to resolve the issues at hand.

The Supreme Court allowed the Minister’s appeal and overturned the decision of the High Court.

If you have any queries regarding how this judgement may affect your application for family reunification, please do not hesitate to contact our office.