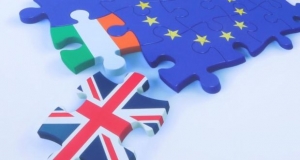 Last month, the UK Government published the Immigration and Social Security Co-ordination (EU Withdrawal) Bill, which provides the legislative basis for ending EU free movement arrangements in the UK once the Brexit transition period has expired.

The Bill aims to retain the Common Travel Area rights of Irish citizens to live and work in the UK without restrictions. Section 2 of the Bill provides that “an Irish citizen does not require leave to enter or remain in the United Kingdom”. Exceptions to this include the possibility to deport Irish citizens for serious criminal offences.

The British Immigration Minister Kevin Foster has stated that the Bill “provides certainty and clarity for Irish citizens on their rights to enter and live in the UK, reflecting the reciprocal arrangements for British citizens in Ireland.”

In practice, the Bill will ensure that there is no change to free movement between Ireland and the UK for Irish citizens. This follows repeated assurances from both the Irish and UK governments that the Common Travel Area, which has been in place since 1922, will remain valid post-Brexit.

However, in its current form, the Bill does not provide Irish citizens with any right to have family members reside with them, unlike EU free movement law.

Other EU citizens may require visas to enter and reside in the UK from as early as 2021. The UK Home Office has announced its intention to introduce a points-based immigration system for both EU and non-EU citizens.

At present, these proposals are at a very early stage and are subject to change as the Bill moves through the legislative process. Members of Parliament are scheduled to consider the Bill for a second reading on Tuesday 21 April 2020.

The full text of the Bill can be found here.