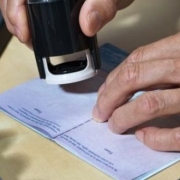 The Minister for Justice Helen McEntee is due to publish her Justice Plan 2021 today, the 22nd February 2021.

The plan contains more than 200 actions which are to be implemented in the next 12 months, including the promised regularisation scheme for undocumented persons.

According to an article in The Journal, the scheme is expected to launch in the autumn and applications will be accepted by the end of the year.

The Minister for Justice was quoted as saying:

“We are all familiar with the plight of the undocumented Irish who have built their lives in the United States but have not regularised their status, even though they are an integral part of their communities.

We must acknowledge there are thousands of people here in Ireland in a similar position: who have started families here, work here and contribute so much to our society but who want to regularise their position with Irish authorities.

The scheme will be open to applicants by the end of the year and could benefit an estimated 17,000 people, including 3,000 young people or children.”

Berkeley Solicitors welcomes the news that the Department of Justice is prioritising this important issue and we look forward to the scheme being published.

As soon as the intended scheme is published, we will post a further update on this blog.

The full article can be read here.

If you or a family member have any queries about your immigration status, please do not hesitate to contact our office.