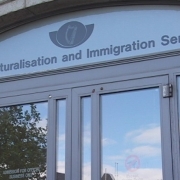 Following a public forum for discussions with immigration and refugee organisations on the 23rd July 2021, the Minister of State for Law Reform, Youth Justice and Immigration provided an update on the scheme to regularise undocumented migrants in the State.

The scheme will allow for undocumented migrants who have been living in the State for four years, or three years if they have children to apply to regularise their status in the State.

It is expected that the scheme will be brought to Cabinet for approval in September and will be open for applications by the end of the year.

Minister James Browne has stated that:

‘this scheme will provide an opportunity for those who meet its criteria to remain and reside in the State and to become part of mainstream Irish society rather than living on its margins.’

As a result of this scheme ‘successful applicants will receive an immigration permission, access to the labour market and will be able to begin the process of becoming Irish citizens.’

The full announcement can be read at:

It is indicated in the Irish Times article dated Friday the 23rd July 2021 that it is unlikely that undocumented migrants who have been issued a deportation order on the basis of criminal charges or offences will be eligible to apply through the scheme.

The possibility of including those who have been issued deportation orders for other reasons is currently being considered.

Further details regarding the scheme can be found at the Irish Times article in the below link:

Please do not hesitate to contact us if you are affected by this notice or by the matters raised in this blog.

CLIENT OF BERKELEY SOLICITORS GRANTED CERTIFICATE OF NATIONALITY FOR THEIR MINOR...
Scroll to top